Essays and occasional rantings of a country preacher

In the midst of the celebrations over the accomplishments of traditionalists at General Conference I sound like a faultfinder…grumbler…whiner. I am the boy who speaks out loud about the Emperor’s attire. 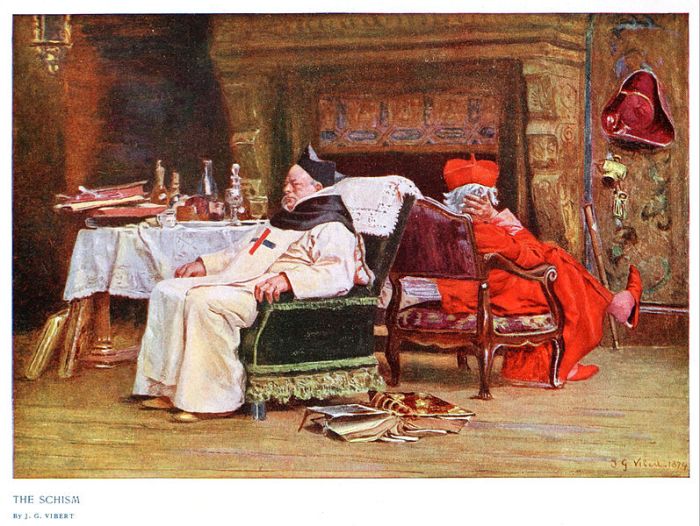 What we witnessed over four days of the special General Conference (GC2019) and the results of that assembly are so painful to describe that I could not endure putting them to paper immediately. So here is the delayed response. A description of where we are (fact, not opinion), an explanation of how this happened (factual analysis), and, maybe in some future post, why the United Methodist Church is institutionally incapable of reform (opinion, but a reasonable conclusion).
First, to be fair, those who are celebrating a great victory aren’t ignorant or deceived. The words we put into the book are great. Theirs is an anticipatory celebration. If we get accountability measures approved next year, or five years from now, or nine; then we have some great words in place to go along with them. However, I am among those who are no longer satisfied with mere words and promises. For fifty years traditionalists have produced erudite statements while progressives have accomplished changes to policy. In the final act of GC2019 the episcopal leaders of the entire Western Jurisdiction stood to announce they will ignore all that was passed and become even more radical in expanding their agenda. Once again, traditionalists got words and a promise of tomorrow. They got policy today.

Where We Are
For those whose focus is on our sexual ethic (It is not mine. My concern is on the doctrinal and disciplinary teaching that brought us here) we are exactly in the same place we were before General Conference. The United Methodist Church celebrates same-sex marriages in our churches, ordains homosexual pastors, and consecrates homosexual bishops. These are not isolated instances of disobedience. They are widespread practices of our church. We added more words to a book saying we should not do that, but we continue to do it. We added more words to those we already had saying clergy who do these things should be removed from their office, but we continue to allow those charged with implementing that policy the freedom to ignore those provisions and any other parts of the Discipline they choose.
If anyone denies this ask them the following sets of questions:
Is Karen Olivetto still bishop? (yes) Will she now be removed? (no)
Are clergy still performing same sex marriages? (yes) Will they now be removed from their appointment? (no)
Are conferences still ordaining clergy who are in same sex marriages? (yes) Can they be stopped from continuing the practice? (no)

Words in our Discipline notwithstanding, the actual practice of the United Methodist Church today is to affirm same-sex marriages in our churches, ordain homosexual pastors, and consecrate homosexual bishops. This is not hyperbole. It is not a mischaracterization. There are not two opinions on this. Furthermore, if you are in a region where this is not common practice, it is possible that could change tomorrow. Nothing in what was passed at GC2019 prevents the leadership in your Annual Conference from changing their practice whenever they choose, and there is nothing you or anyone can do about it.
Such a change does not require any vote in your conference. They don’t need your permission and can act over the objections of the membership. The leadership of an Annual Conference is about one or two dozen people. They decide the policy for your Annual Conference. You can object. You can cite the discipline and bring them up on chargeable offenses. All these things were done in the parts of the UMC where these practices are now common. The problem is that (when it comes to conference leadership) the same people who commit the offense are the ones who get to decide if they are guilty and what their penalty should be. That is why Karen Olivetto (a married lesbian) is still a bishop, and it is why those who consecrated her are still in their office. Our church court (Judicial Council) ruled on the violations that occurred and then ordered the parties to charge each other, try each other, and come up with a penalty for each other. That ruling came three years ago. Not surprisingly, nothing has happened. The same thing can happen in your conference.
That is what the delegates to GC2019 tried to fix, but your bishops prevented it from coming to vote. That leads the discussion to how we got here.

Conclusion
In the final minutes of General Conference, the delegates managed to pass both the Traditional Plan and a gracious exit plan, but both without the necessary legislation to implement them. The delegates were never allowed the opportunity to vote on that. We are left with a lot of good words, but no one is required to pay them any attention.
A quick final thought on why I believe that the United Methodist Church is institutionally incapable of reform. This is for my beloved Pollyannas who are believing we will fix this next year…or five years from now. This was next year, as was 2016, 2012….. We spent three years of study, several million dollars, and devoted four days of conferencing to solve one problem…making our boards, bishops, and conferences accountable. If that can’t fix it, then it’s time to think maybe this can’t be fixed.

11 thoughts on “Final Thoughts On the UMC General Conference”